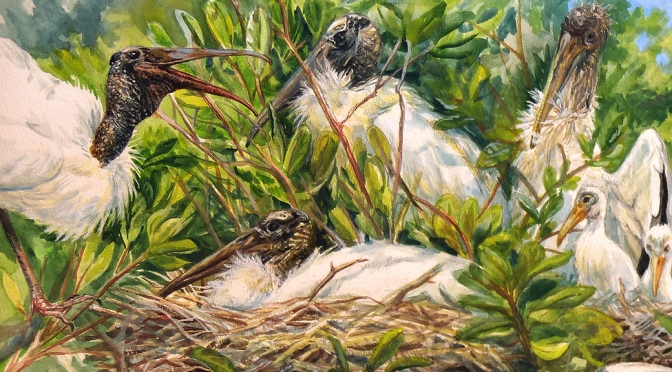 The Wood Stork (Mycteria americana) is an “indicator species” of the Everglades, and it tells us much about the health of the imperiled ecosystem. The breeding success of the species depends on the region’s complex water cycles and their effect on food availability. If storks fail to breed any one year, it is likely due to poor management of our wetlands, which have been diked and controlled for several decades. Stork diet includes many species of small fish, crabs, crayfish, snakes, frogs, young alligators, rodents, and occasionally the young of other bird species. Wood Storks typically wade with their open bills in shallow water, snapping them shut very quickly at the slightest touch of food matter.

Below are various works in progress featuring Wood Storks, done at the Everglades during breeding season.
CLICK ON AN IMAGE TO ACTIVATE THE CAROUSEL.

At a breeding colony, Wood Storks crowd the trees with large nests made of sticks. An adult (top left) greets its mate with bill-clappering and guttural noises. Week-old downy young (top center) wait to be fed while a subadult stork preens nearby. After five weeks (top right) young storks become restless and may stand up in their nests, sometimes watchful of fledging birds (bottom center) trying their wings.

Breeding Wood Storks require a fairly low and decreasing water level to concentrate needed food resources for successful feeding of their young. Too much or too little water can cause abandonment of the breeding colony. Below, storks compete at a feeding hole near Pa-hay-okee during the dry season. Dominant adults strut with erect feathers to protect territory. 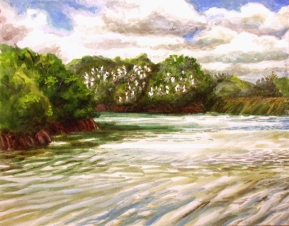 The most easily observable breeding colony in the Everglades is at Paurotis Pond during the winter and spring. There, the storks nest typically on clumps of Red Mangroves where hundreds may be seen nesting nearby Roseate Spoonbills, Great Egrets, Anhingas, and others. 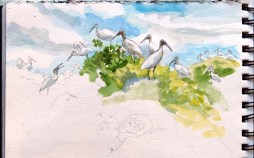 Infamous for being the site of one of the most brutal bird massacres during the plume hunting era, Cuthbert Lake still holds a Wood Stork colony. I did this sketch from a skiff while surveying the area with Audubon colleagues. 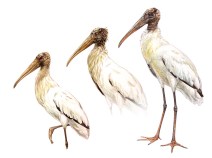 Wood Storks reach maturity after their third year, by which point they lose all the feathers on their heads and necks, which become bare, covered with scales. The bills and heads of adults are dark (right). Subadult birds show dark heads with irregular feathering and bare areas (center). First-year birds have feathered heads stained brown and yellowish bills (left).

Quick thumbnail sketches of Wood Storks taking off and returning to their rookeries, done at Paurotis Pond.

An ink illustration, derived from watercolors done at Paurotis Pond, Everglades – used for an educational activity included in the Tropical Audubon Publication.

During breeding season, adults develop a light golden wash on their underwing coverts, noticeable when in flight. 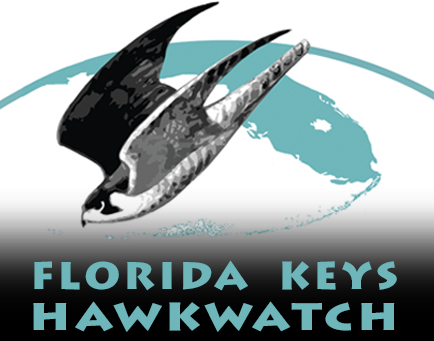 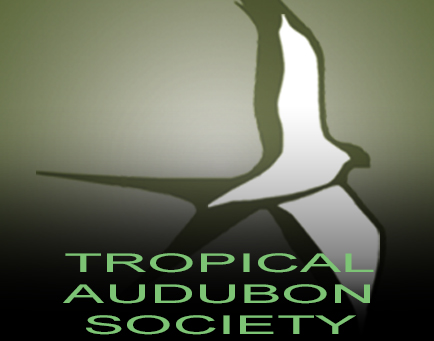 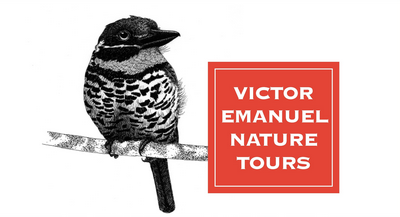